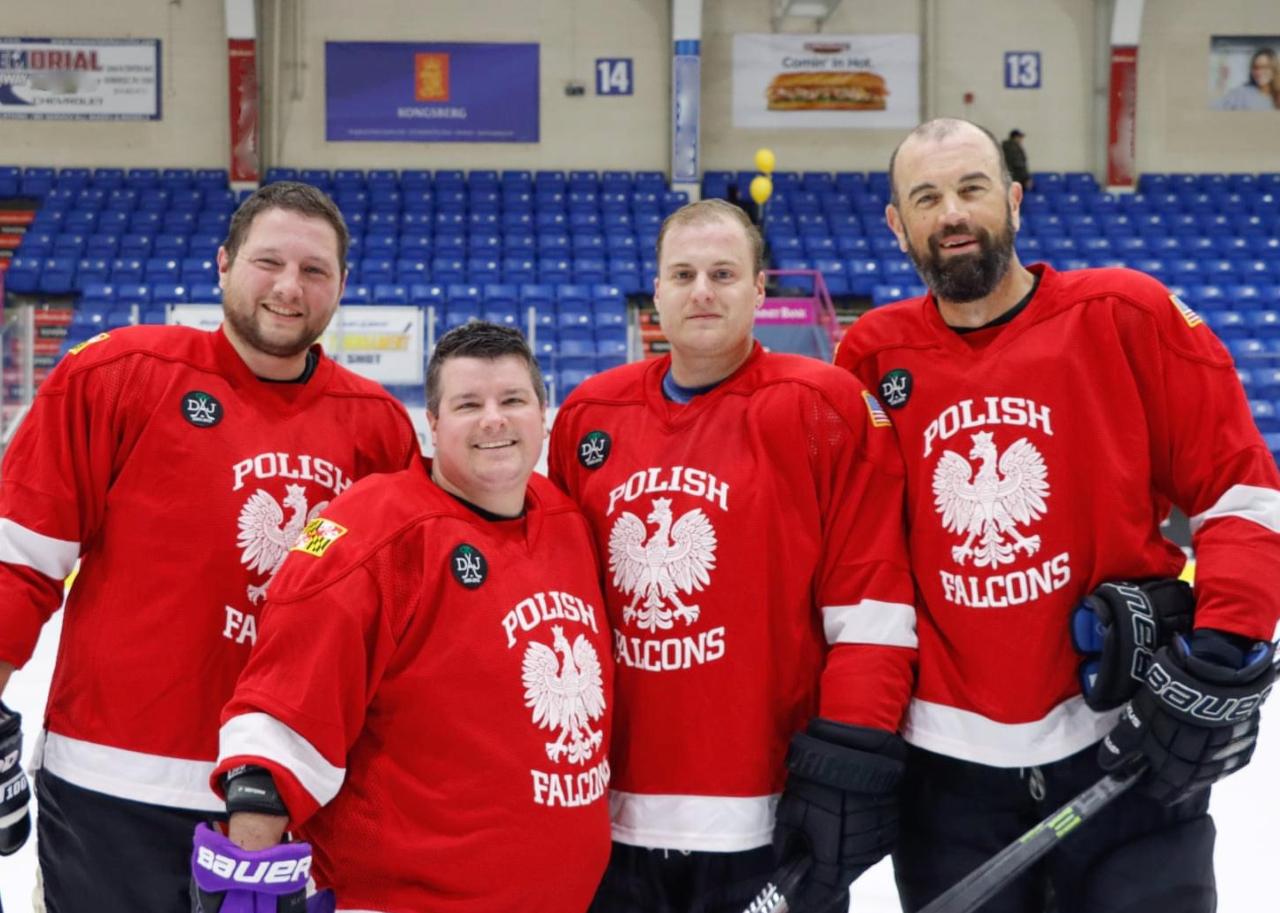 Aaron, Danny, Rigs, and Jonny have been teammates, opponents, and friends playing hockey together for 20-plus years. After beer league games, they can be found sharing a few beers and the occasional taco in rink parking lots wherever they play. Stories, jokes, hockey opinions, chirps, and laughs are often shared.

At its core, that’s what Beers in The Lot is about.

When pandemic restrictions shut hockey down, they moved their post game traditions online. Several times after a few wobbly pops they would muse about recording their virtual conversations as a podcast. Beers in The Lot was born out of the beer league hockey post game culture.

Beers in The Lot is…

When it came to Frederick, The Beers in The Lot boys believe in connecting locally. Not only do they consistently feature local brews and drinks, they joined The Frederick Podcast Network after hearing about it online and the radio.

“We looked at Listen Frederick as a way to connect with the local hockey community and the community where we work and play,” Rigs explained.

“Frederick is such a great community to be a part of, and networking within the area is always welcomed,” Aaron added.

You feature a lot of local breweries on the show, what is the story about that?

Rigs: Hockey and beer go together like peas and carrots to borrow a line from Forrest Gump. As we’ve gotten older I think most of our tastes in beer have become a little more refined. Gone are the days of a mandatory team 30-pack of American light lager in the rink parking lot. We all seek out quality. But also, as hockey players, we have a strong sense of and connection to our community. Some of the teams, leagues, and tournaments we have been involved in as players and coaches have made contributions to the community supporting children and families in need and veterans service organizations. We have friends and teammates in different businesses, including the local craft brewing scene. We always try to support local.

Jonny: We like supporting local businesses. In our region we are very fortunate that craft beer is popular and always expanding. We always try to do anything local when we can.

Daniel: Rigs put it the best but I will also say SUPPORT LOCAL. I like craft beer more than the mainstream beers so sampling all that is out there helps fulfill that need

Any favorite beers you’ve had while recording?

How has your podcasting experience changed since you started Beers in The Lot?

Rigs: Being involved with the production and promotion was a little eye and ear opening. I listen to podcasts and audio in general, differently now. I try to pick out techniques to draw on in our own production and redefine what I think is “good”, for myself. Whether it’s content or production quality.

Aaron: I instantly fell in love with the tech aspect. I really enjoy playing with our raw recordings and cleaning them up in the DAW. I’d always had a vague idea of how editing was done, but have found a new respect for the craft. Podcasts over an hour make me cringe for the editor now.

Jonny: We’ve changed platforms for our editing and recording a few times. I have nothing to do with that. Mainly I handle the memes and all of us kick in content ideas. Eric and Air have really done a great job on the production side. The reason our podcast always comes together is those two behind the scenes weekly, busting their butts dealing with my pen clicking.

Daniel: I was a little hesitant when we first started recording. I’m generally a shy person until I get to know you. So recording the podcast has kind of helped me step out of my comfort zone in terms of putting myself and voice out there for the whole world to hear. I genuinely look forward to recording every week and having a few beers with my buddies.

What do you find the most rewarding about your podcast?

Rigs: During the pandemic when things were shut down, we were able to carry on the social aspect of playing hockey. Let’s be honest, we’re average hockey players at best on the skill spectrum and our truly competitive years are well behind us. We still play the game because we get to hang out together. Now, since we have been skating again, we can continue to have our recording time as a chance to have a few brews and laughs together. We have also been able to meet and have some interesting people from the hockey community on our show as guests-professional women’s hockey players, a player agent author, the keeper of The Cup, and some of our friends who do some interesting things in and outside of hockey.

Jonny: To start it was a great way for us to connect during the pandemic shut down. As it evolved, we have been able to get to know a few of our guests and interact with like minded people who really enjoy hockey. That’s something we most likely wouldn’t have done without the podcast. It’s been fun to interact with and meet new people.

Daniel: It’s really rewarding when you have people come up to you before or after a game and mention that they listen to you. It’s even more rewarding when they say that we have a great show filled with good content.

Podcasts Beers in The Lot are listening to…

What are Beers in The Lot‘s favorite podcasts and current listens? Check out their recommendations below. 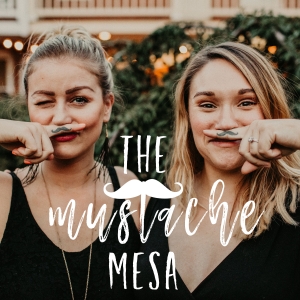 Meet The Podcasters: Sarah and Sando

Sarah Kurtanich and Sando Bernstein Lynch met over a shared love of food and good stories. When they decided to start The Mustache Mesa podcast, they were starting from scratch. […]